When in his forties, Horace became a very corpulent man, possibly due to his unique lifestyle. He had spent most of his life sitting in theatres, car or office. In 1945 he was involved in a car accident which had virtually written-off his car and it was just assumed he had fallen asleep at the wheel as he had done on a previous occasion whilst on a long journey. He never admitted anything was amiss with his health but stated it had all been due to the fact that the number plate on his car added up to 13, his unlucky number. Funnily enough, Fred Collins had always considered the number 13 lucky! In 1946 he was persuaded to visit a health clinic in Wales to see if he could lose weight. This greatly annoyed him but under duress, he agreed to go to Wales with Josee and son, Randle. He made his rehabilitation into a holiday break and whilst he obeyed the dictate of no outside eating, he made a morning dash to his wife’s hotel room telephone to ensure the smooth operating of his business which was his first priority and strictly against his doctor’s orders.

On his return home, every effort was made to stick to a diet but Horace liked his food and in a very short time reverted back to his normal eating habits. All this therefore provided only a temporary respite as on 16th August 1947 Horace was struck down by a massive cerebral haemorrhage and died. He had been out fishing at Ayr the previous day with several friends and son, Randle and the boat had developed engine trouble and whether or not this was a contributing factor was never known but he died within 24 hours of this incident leaving his widow, Josee, son Randle just turned 13 years old and three daughters, Josette aged 9 and twins, Judy and Jill aged 6 – not to mention a theatrical void which was impossible to fill. At the family home in Ayr the road was completely blocked solid with limousines stretching round the corner into Racecourse Road. The funeral was held at St Mary’s Episcopal Cathedral, Great Western Road, in Glasgow attracting mourners from the theatrical world and from most all other walks of society, such was his prominence at that time. For the Scottish Theatre, it marked the end of the Golden Age. 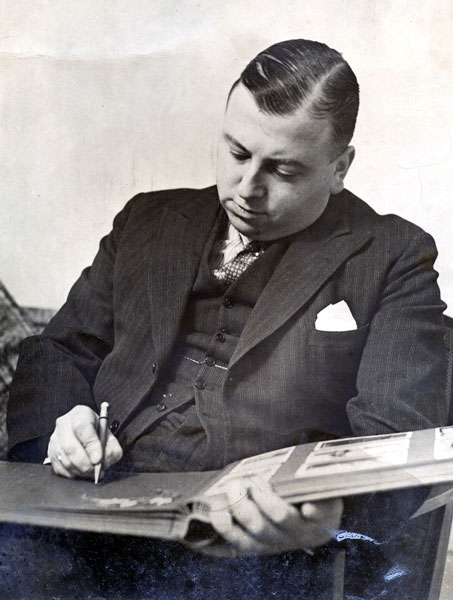