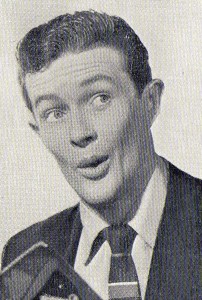 “I was expected to be on constant alert for talent wherever I went, or was sent to, and quickly became quite adept at spotting it. I think the main trick was being able to recognise raw potential and as an agent/producer, getting in on the ground floor to maximise this value to one-selves. As I have already made clear, our problem was finding placements for our discoveries and this is what beat us in the end – not being unable to discover the stars of tomorrow.In Scotland we were no longer able to sign young artistes to option contracts as we could no longer keep them in work all the year round. We were no longer able to build our own future stars Therefore increasingly, we had to bolster what Scots artistes we could get by importing up and coming English names who were known through radio and T V.  Probably the last Scot we really pushed was Don Arrol, born Campbell, who showed a great deal of promise in our shows. When we could no longer keep him employed, he went to England and almost immediately became host of Sunday Night at the Palladium – probably the plum job on British TV at that time. Unfortunately for us alas, talent and money gone to waste! 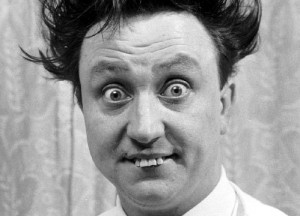 On another occasion, I was sent to scout the north of England and the Midlands for pantomime talent. In Sheffield I noticed a young chap called Ken Dodd who I thought would be accepted in Scotland because he was so visual. Enquiries were put in hand and he was ‘pencilled in’ for the following year’s pantomime at the Glasgow Pavilion. However his Agent, Teddy Hinge I think it was, called off as he got a better offer and we finished up with Arthur Haynes just before he became a household name in the 1960’s. Remember those national stars were to play supporting roles to one of our own, probably Jack Anthony. 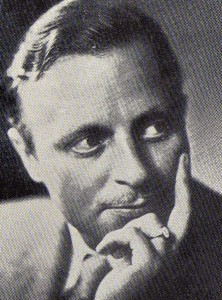 I recall on another occasion we were asked to send a representative to assess an English Road Show at the Opera House Dunfermline with a view to giving it a few of our dates. Dunfermline was not the easiest of towns to reach except by car in the 1950’s so ‘Yours truly’ was dispatched. I took a pal with me for company and it proved to be a reasonable show which we both enjoyed In it there was a Balooniac called ‘Windy Blow’ who doubled as a cartoonist by the name of ‘Cole’. In his second guise, he sketched a few celebrities and then started picking people from the audience who he would draw and then pass them their portrait in the form of a scroll across the footlights. Now I am completely bald and he had obviously spotted me early on so for his grand finale we had:- “What is that I see? Is it an egg? Is it a balloon? Is that a hair I see?” (drawing a curly one). Then finally, “Thank you sir for being such a good sport etc etc” and I duly received my scroll!

When the show ended. I was ushered backstage where I was to meet the Touring Manager who was duly sent for. Needless to say, that hapless soul turned out to be none other than the cartoonist doing double duty. When the door opened and he espied me waiting to greet him, his face was a picture as he realised he had just made a fool of a chap he had hoped would extend the run of his show! Eventually his “Oh my God – I knew your father, I knew your Uncle – I really am SO very sorry” dissolved into laughter and we were able to fit a couple of extra dates in for him. My pal and I laughed all the way back to Glasgow! 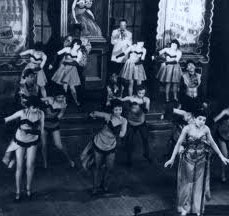 No one is infallible – least of all me. I recall our office was approached by another English management and asked to have a look at one of their touring shows which was coming to the Stockwell Street Metropole – an unusual occurrence as few English Road Shows played Scotland, but they wanted a date at our Shakespeare Theatre, Liverpool. The show was titled ‘Hot from Harlem’ and on week two ‘Memories of Jolsen’. It was an all coloured show made up of a mix of veterans and raw newcomers and was pretty mediocre. Now each time anyone from the Agency saw an artiste, a reference card was filed for him and this followed him for the rest of his career. In the cast there was a young soubrette who wasn’t much of a singer or dancer, didn’t dress well and in no way impressed me so I wrote my report in this vein. 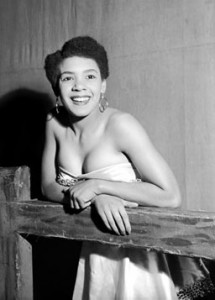 Imagine my chagrin when a year or so later Shirley Bassey came to the Empire as equal top of the bill, especially when reporting back to the file I saw my previous assessment. Everyone had a good laugh at my expense. Someone had obviously seen what I had missed and nurtured her into the undoubted accomplished performer she became.”