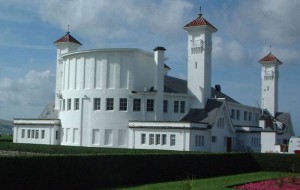 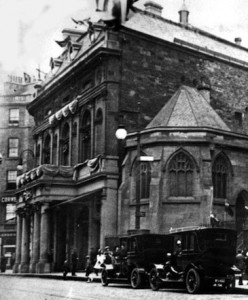 Fred soon became lessee for the Pavilion in Ayr which had been under the control of Ben Popplewell who returned to his home in Leicestershire but was anxious to return to Ayr. Fred met Ben and his son, Eric, in the Euston Hotel in London and to everyone’s satisfaction the Popplewells returned to Ayr where they ran both the Gaiety and Pavilion. Fred had received several big propositions in Edinburgh for which he had a very soft spot – he liked to believe that his father was born in Edinburgh Castle whilst his father was stationed in the army there. Also he was recognised as one of the favourite Scottish comedians in Edinburgh. He felt sure there was an opening for a variety theatre and accepted a long lease for the Theatre Royal from Howard and Wyndham. After an uphill struggle, the theatre, having been somewhat neglected, was firmly established as ‘Edinburgh’s Home of Variety’. 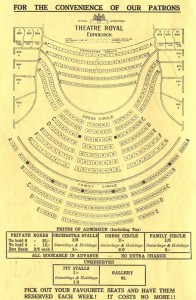 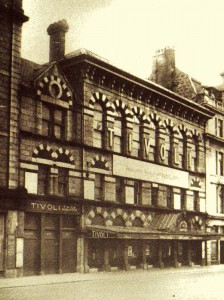 The Royal had a wonderful atmosphere under the auspices of the manager, Mr A.J.’Bumper’ Wark. The musical director was Percy Fox who led one of the finest orchestras in the country. Shortly after, Fred was offered a long-lease for the Shakespeare Theatre, Liverpool, again through Howard & Wyndham (on behalf of Robert Arthurs Theatres limited). He controlled the bookings for the Tivoli Theatre, Aberdeen and, through his friend Bernard Frutin, was entrusted with the booking arrangements for the Metropole Theatre, Stockwell Street, Glasgow – all theatres in which he had appeared himself.