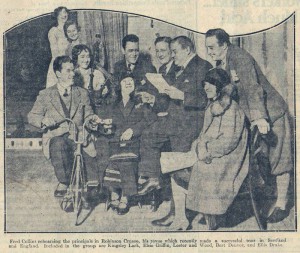 Fred precides over a panto rehearsal

Fred then decided to venture into the world of pantomime. In an old ‘Chambers Journal’ dated 1825 which he found on his office shelf, he read ‘Is Pantomime Dead or Dying?’ Fortunately the answer was ‘No’ as it is for pantomime that the Collins’ became most renowned. Fred’s first venture as a pantomime producer was in partnership with Miss Florrie Forde, one of the most famous chorus singers of her time. 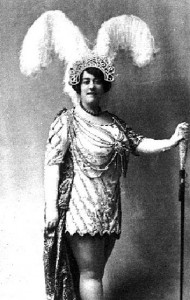 Two seasons later he went into full production on his own account. After due negotiations, he purchased a 4 hour ‘Mother Goose’ panto from a London syndicate and the contract included the producer. The following year, he dispensed with the producer and rewrote and produced his own ‘Mother Goose’ show for the Opera House, Kirkcaldy, a theatre under his management. He cut scene after scene including the long boring ballet which always formed part of the old-style pantomimes until he managed to half the show’s run time to two hours. 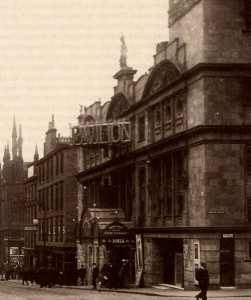 Owing to the laughter and applause the show overrun by 35 minutes and if there was to be a second house, commencing at 8.40pm some drastic action was necessary. Much against the consensus of opinion, he deleted a complete scene which had cost over £200 to build, but fortunately this did not interfere with the story. The original pantos had very large casts and long drawn-out intervals and were extremely costly.  He felt his panto should he built for laughing purposes and adhere to the fairy tale faithfully without insulting the juvenile intelligence. This proved one of his greatest successes. The production went on to Stirling and then to the Kings Theatre, Greenock where a Mr M Ballantyne, Managing Director of the Pavilion Theatre Glasgow, saw it and asked if it could be taken to the Pavilion the following year. This became the first resident twice-nightly pantomime in Glasgow and Fred was very proud of himself for having pioneered this type of show. 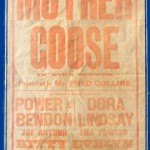 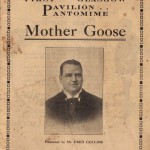 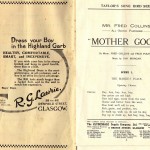 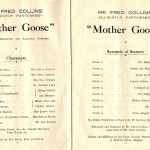 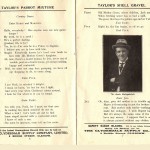 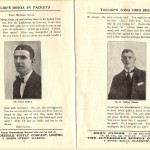 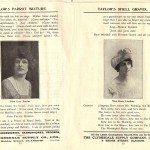 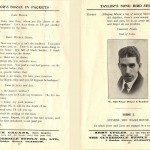 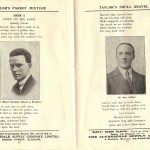 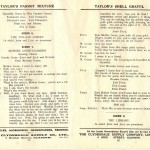 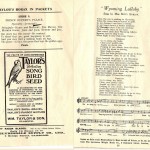 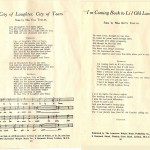 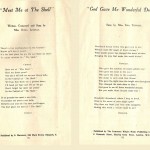 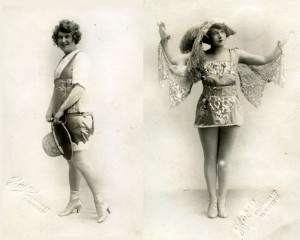 Unlike others, Collins’ not only produced and wrote their productions but they also designed their own scenery. Costumes were made in the early days by a sister-in-law, Miss Edith Randle, and later at the Agency’s Edinburgh workshops where dedicated staff gave artistes individual attention. ‘Mother Goose’ ran for 12 weeks and then played at Glasgow’s Lyceum Theatre and Olympia Theatre and created a record at the Hippodrome, Hamilton. The principal boy was Miss Kitty Evelyn who was a sister-in-law of Fred’s. 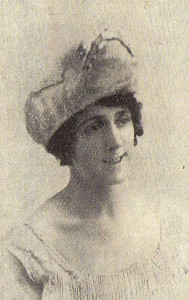 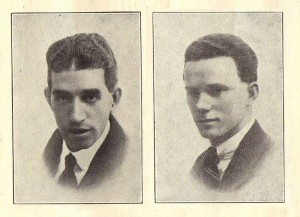 The comedienne Miss Dora Lindsay played Mother Goose who sang ‘Meet me at the Shell’ and the comedians Power and Bendon also starred in this production. After the third production at the Pavilion, Fred arranged with Moss Empires to transfer to the Coliseum Theatre, Glasgow with its larger seating capacity and the twice-nightly format became the norm. 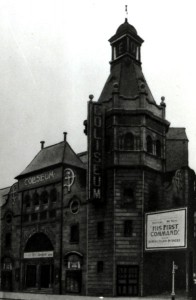 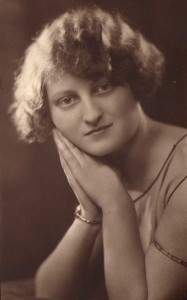 Such was the family involvement at this time that Fred’s younger daughter, Annie, begged her father to give her a chance to become a performer. Fred was totally opposed to this as he knew what a hard life it could be from experience, but relented and she attained considerable success as a dancer until, whilst appearing in pantomime ‘Miss Nan C. Collins’ (her stage-name) broke her pelvis whilst doing the splits. Sadly Annie’s health prevented her career from developing and in 1940 she died of T.B.