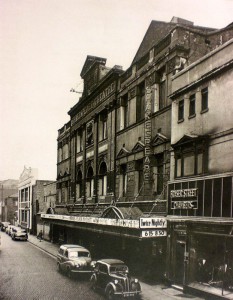 It was the popularity of variety that made the Shakespeare Theatre, Liverpool, important to the “Collins” operations and gave them an English base, halfway to Scotland. This could often tempt variety acts to travel the extra miles to Scotland breaking what in the 30’s and 40’s was a really arduous journey. Horace tried valiantly to introduce the Scottish phenomenon of seasonal shows to Liverpool, without much success, sending his Scottish stars down when they were not required ‘at home’. However, it became increasingly apparent that while the Scousers loved the Irish, they only tolerated the Scots, so variety and English travelling road shows reigned supreme. 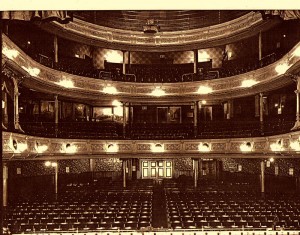 The Shakespeare was a most attractive Victorian Hall, all red plush and velvet with some magnificent wood carving and gilded plaster work. As it was sited so far from his natural base, Horace installed as House Manager, a man with an unusual degree of autonomy, Peter Jackson. Very well known in Liverpool, he was yet another flamboyant character. Decidedly corpulent, Peter’s lapels always bore witness to his addiction to snuff, which he took from a silver box which he would caress lovingly many times before opening it and inhaling! He presided over this English outpost until it was finally sold to Sam Wanamaker in the mid 1950’s. 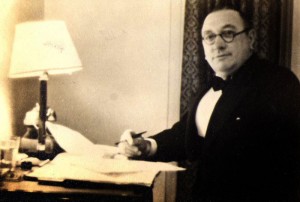