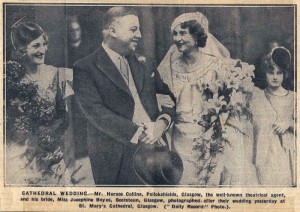 When Fred Collins died in 1931 he left The Fred Collins Variety Agency to his widow Annie and his two sons, Horace and Pete. Horace had worked with his father since he was 14, Fred had nurtured him in the business and relied heavily upon him, he was to be the natural successor. Horace stepped in and took over the running of the Agency, his wedding plans were postponed until in 1933, when he married his fiancée of some years, Miss Josephine Boyes. The following year their son, James Randle, was born. 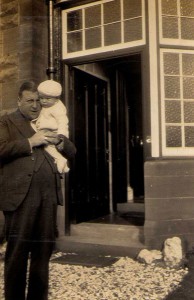 On his accession of control of the business, Horace decided that a more business-like approach was called for and having served a fifteen year apprenticeship under his illustrious father, he set about rationalising his legacy.